This post is the third in our four part series on treatment of OMDs with myofunctional therapy. If you haven’t read parts 1, 2, and 3 yet, I recommend you do before continuing.

Treatment of tongue tie and lip tie with myofunctional therapy

In many cases, a overgrown or misshapen frenulum either doesn’t cause a problem, or stretches out over time, allowing for normal function. However, when a lip tie or tongue tie causes functional issues, the most common treatment is surgery. Frenuloplasty is the term medical practitioners use to refer to the surgical alteration of a frenulum. Depending on the degree of alteration and who is doing it, you might also hear it called a frenectomy, frenulectomy, or frenotomy. In the myofunctional therapy community, it is oftentimes called a functional frenuloplasty. This is to emphasize the idea that the goal of the procedure is to perform the smallest possible alteration to allow for proper function, and only in cases where the frenulum interferes with function. 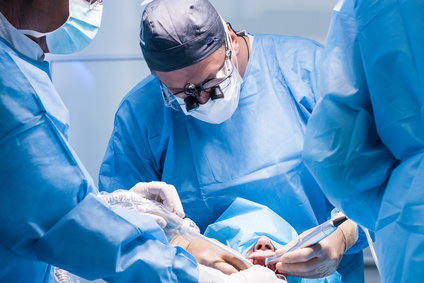 The role of myofunctional therapy alongside functional frenuloplasty

Over the last decade there has been an explosion of research into and understanding of myofunctional disorders. Many patients whose OMDs went undiagnosed for years or decades at last have an option for relief of their symptoms and treatment of OMDs. There are many different types of OMDs – we’ve only covered a few of the most common here. If you think you or a loved one might have tongue thrust, TMD, sleep apnea, tongue tie, lip tie, or another OMD, give our office a call to set up an initial consultation.